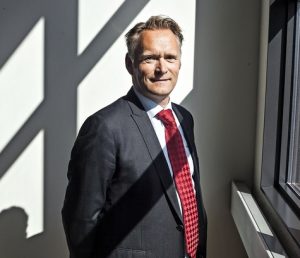 Each time we produce our quarterly newsletter we talk about the constant changes in the automotive industry that are affecting the demand and supply of new and used cars.

The most recent challenge is the bad press surrounding diesel cars. After years of Governments encouraging drivers to get into diesels to help reduce CO2 levels they are now trying to penalise the fuel based on the particulates emitted that contribute to poor air quality in our cities.

Cities are penalising diesel cars
Cities like Madrid, Paris and Berlin are already starting to penalise diesels either preventing/restricting them from entering the city centre or forcing older used diesel cars and vans to be scrapped.

Autorola UK survey proved that demand and prices of used petrol cars are strong but diesels are still in high demand with buyers. In fact the UK has seen both petrol and diesel residuals strengthen in the last few months.

There are still millions of used diesels on our roads
The used buyer seems content to still buy used diesels but the air quality challenge is likely to speed up the growth of sales of new EVs and hybrids in and around our cities. As for the used market, there are millions of diesels in service across the globe which will take decades before they all reach the scrapyard.

In the meantime if used demand does change then online cross border sales are likely to help balance out the demand and supply of used petrols and diesels. Our online remarketing portal has been at the forefront of European cross border sales for many years.

Autorola Turkey recently celebrated the launch of INDICATA as the first ever used values guide into Turkey and its forthcoming launch in the UK means the system is now available in all the key European markets.

Helping customers manage change
Autorola Mexico is also showing signs of good growth helping bring process and structure to the country’s used market and in Denmark we are at the forefront of helping asset owners change their inspection and sales processes to respond to the popularity of new short term flexi lease schemes.

One thing we can guarantee is that the automotive industry will continue to change and we aim to keep helping buyers and vendors respond to those changes to continue optimise the management and sale of their assets.

Have a good summer. 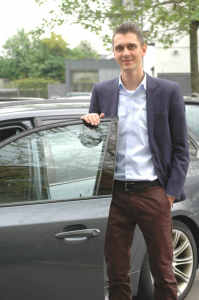 Like so many European countries the leasing market is helping contribute to much of this growth, with leasing volumes growing from 38% in 2015 to 43% at the end of 2016. A reduction in the registration duty on new cars from 180% to 150% has also been introduced over the past 18 months.

”The Danish economy continues to grow and businesses are using leasing as a cost effective way of buying a new light commercial to help fuel their expansion. Van sales have grown by around 25% since 2014,” said Pedersen.

Short term flexi leases are a growing trend
“Manufacturers are making car personal leasing very attractive not just with low interest rates, low deposits and low monthly rentals, but the flexibility of leases are such that a consumer can walk away from a lease after just a year by giving just one month’s notice. Consumers are turning these agreements into short term flexi leases which the Danish market hasn’t seen before.

“This trend is fuelling the growth in 12-18 month old used cars coming from the lease sector, which is traditionally the replacement cycle adopted by rental companies,” he added.

Leasing and rental companies are generating three to four more paid subscriptions before they are selling the cars into the used market when the car is still only 30-36 months old.

Each car is inspected a number of times before disposal
“We have had to revise our business model by providing inspection and refurbishment services to the same car a number of different times before it is eventually sold on our online remarketing portal, “ said Pedersen.

“This more flexible approach to car ownership has been greeted positively by the consumer and generally used car prices continue to stay strong in the market.”

Personal lease drivers hand their car back to Autorola
A growing number of personal leasing drivers are returning their end of lease vehicles back to one of Autorola’s eight storage centres in Denmark which process tens of thousands of end of contract lease vehicles each year.

“Generally the Danish driver enjoys being part of the dehire experience. We have worked hard in our vehicle inspection and check in processes to ensure we use language that a consumer will understand. When we take them through their end of contract inspection we have to justify their de hire costs before they will sign their paperwork

Consumers accept dehire costs when they are explained clearly
“Our inspection system automatically generates costed damage repair estimates identical to those used by the insurance industry. When we explain in detail on how a repair works including the cost of labour and materials generally the consumer accepts the dehire costs,” said Pedersen

Used car prices have also been helped by the reduction in registration tax from 180% to 150% as the tax affects used as well as new cars. This has meant a greater demand for Danish cars for export, where previously buyers were put off by the high prices.

Tax changes could increase the amount of used cars exported
A major challenge for motor dealer groups is the change in tax regulations. Normally Danish used car dealers can buy used cars including Tax and VAT, but now the majority of returned vehicles from the leasing industry are without Tax and VAT.

If the Danish used car market does not learn to manage the new tax regulations, then there will be almost no cars available for them to buy in the market and Danish leasing companies will be forced to export them.

Dealers can reduce costs and increase their stock
There are advantages associated with the Danish car dealers being able to buy cars without Tax and VAT including a lower purchasing price for the car because the Tax and VAT is only paid when the car is sold and registered by the Danish authorities.

The used car dealer will have lower financial inventory levels as well as have more cars in stock, giving dealer groups who can manage this new legislation situation a major advantage in the market. 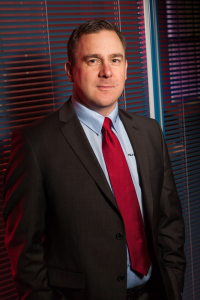 Many of the 19 countries where Autorola has subsidiaries are now suffering from poor urban air quality and diesel cars are being partly blamed for this problem.

Autorola UK surveyed the average prices of used petrols and diesels sold in the country between 2014 and 2017 to understand whether buyers are falling out of love with diesel cars.

“However, buyers seem unperturbed by the recent bad publicity around diesels with average prices rising consistently since 2015. Diesel is still firmly the fuel of choice for the 2,000 active buyers on our portal,” he added.

Diesels continue to cover more miles than petrols
Unsurprisingly, diesel cars continue to cover more miles on average than petrol. Average diesel mileage over the 39 months of the survey was 25,357 compared with 20,348 for petrol. Typically, cars sold by Autorola UK are franchised dealer part exchanges and used stock, which means mileages are generally slightly lower than average. 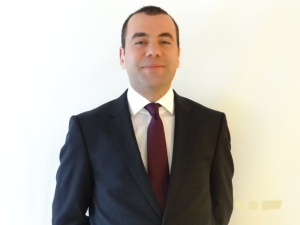 Models costing 40,000-70,000 lira have seen a price rise of around 3 percent thanks to the introduction of a new special consumption tax in Turkey and the government claims the changes will add around an additional 3 billion lira to its budget.

The move hits those luxury cars that are imported from outside Turkey therefore making the mass-market cars made in the domestic market better value for money.

“Historically much of the used car business has been based just around Istanbul. The used market is now maturing quite quickly and trade buyers have been very open to purchasing used cars online.

It is not economical to move vehicles around to sell them
“We have signed up 10 major vendors in the past 12 months which reinforces the response for online remarketing. Turkey is a big country and it is uneconomical to keep moving vehicles round to sell them. This vendor growth has helped us provide a wide mix of stock for buyers which they have responded to very well,” explained Saygi.

Automotive producers, such as Toyota, Renault, Fiat and Ford have manufacturing operations in Turkey. The country’s automotive sector was the biggest exporter last year with around $23.9 billion in exports, up from $21.3 billion in 2015.

Autorola’s regional auctions support the investment outside of Istanbul
On the back of this success there has been major investment in the country’s transport infrastructure which will also help take away the focus just on Istanbul as the economic capital of Turkey. Better road networks will help spread the external investment to other cities and Autorola is playing its part by running regional online used car auctions in nine different cities.

“It’s all about local buyers being able to buy used cars from both local and national vendors. The response has been positive from buyers as they are getting the chance to bid on stock that would normally end up in Istanbul,” he added.

INDICATA is the country’s first used vehicle values guide
Typically smaller used cars between 50-60,000 lira are most popular in Turkey at an average age of 24 months/50-60,000km.

One challenge for the Turkish market is to know what used cars are worth. Until the recent launch of Autorola’s INDICATA real time used vehicle pricing system in January the country did not have a used vehicle guide for the industry to refer to.

“Dealers can use the data proactively to sell more used cars and importantly reduce stocking days. They will be able to adjust prices up or down on a weekly basis to ensure their used stock remains competitive and only buy in new stock that they know is in high demand. INDICATA gives the market the most dynamic insight into the used industry and OEMs and their dealers are already actively piloting the system,” said Saygi.

News from around the Autorola family 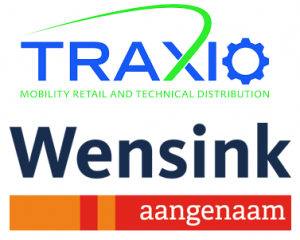 2017 has already been an exciting year for our group with our INDICATA brand going from strength to strength. The UK is set to come on stream very soon as is Poland and in Turkey it is leading the way as the country’s only used vehicle guide.

Traxio has announced a partnership with INDICATA in Belgium to offer the real time used car business intelligence service to its 8,800 companies representing over 2,500 car dealerships.

First contract for Autorola Mexico
Autorola Mexico has just celebrated its first major customer win just over 12 months after opening for business. The OEM will be using the Fleet Monitor asset management system and our online auction system to sell cars to its dealer network.

We are now working with a major finance house in Germany and Autorola Netherlands has expanded its agreement with the Wensink Automotive dealer group to sell more used vehicles online.

In the UK we are soon to sign up to yet another manufacturer to our Autofind online trade to trade auction service and we hope to be able to announce a major partnership with a global car maker in Italy, Spain, France and Portugal very soon.

If you want to hear regular news from the Autorola Group sign up to our Linked page or visit our Group website at www.autorolagroup.com. 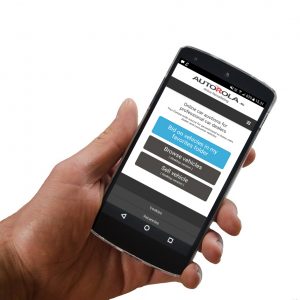 Buyers who are signed up to buy vehicles on Autorola’s global online remarketing platform can now bid through their mobile device.

Buyers can bid via a smartphone or tablet and to ensure they do not miss out on stock, they receive an email or SMS when they have been outbid or when the auction is just about to end.

During its two-month pilot, Mobile Bidding saw a high volume of bids and sales, especially from smaller national and international buyers with broader roles than just buying.

“We hope to have the rest of our countries up and running in the next few months,” he added.