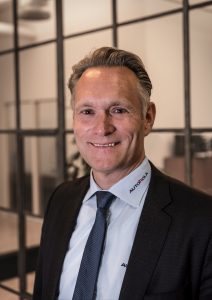 Happy New Year everyone and I very much hope that you and your families are staying safe and well. As many countries are still in lockdown following the festive holidays it was intriguing to see that the European used car market’s sales performance was only very slightly down on 2019.

With some countries suffering three separate lockdowns in 2020 this performance was amazing and shows you how resilient the used car market is.

Please read more about INDICATA’s insights into 2020 as they make fascinating reading on how prices, stock supply and demand have changed across 13 countries on a monthly basis.

European used car sales rose in December despite lockdown
Surprisingly, December was still a very unseasonal sales month for the used car market with only two countries reporting a fall in sales despite the market restrictions that were in place. INDICATA’s insights will continue to give you an overview on how the European used car market is moving during 2021.

Despite the Covid-19 pandemic our Autorola MarketPlace business reported a very busy and successful year as it worked hard with vendors and buyers to keep used car market supply chains open for business.

MarketPlace reported its best ever year in 2020
It was MarketPlace’s best ever year on record and unsurprisingly more buyers than ever purchased used vehicles via their mobile phones. We talked about the European used market embracing online buying and selling more in 2020 and we believe this trend will continue in 2021 as it replaces the physical remarketing used car business model.

It makes my family and I very happy that when we started out on our online crusade two decades ago that the market is now probably trading more used cars online than physically. The future remains online and will continue to fly the digital flag across our 19 subsidiaries.

Dello Dürkop rolls out Fleet Monitor
Recently we have seen another first for the group as our Solutions business unit has rolled out its Fleet Monitor service integrated to both B2B and B2C channels to the Dello Dürkop dealer group. They have become the first customer in Germany.

Dello is one of Germany’s leading dealer groups and they have adopted Fleet Monitor at the centre of their company’s digital landscape which is fantastic news. Another digital success for the group and hopefully the first of many in 2021.

I hope to see businesses being able to trade more freely in the coming months as countries roll out their vaccination programmes. Once again, I hope you all stay safe and I look forward to us all being able to make steps back towards normal life as Winter turns into Spring. 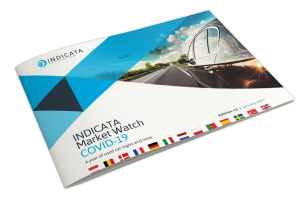 The latest report highlights how despite the ‘havoc’ Coronavirus restrictions and lockdowns caused for the used car market throughout 2020 sales ended the year down just 0.4% compared to 2019.

Unseasonal December sales
December saw significant unseasonal increases in sales rising by 26.4% in Italy, 24.2% in Sweden and 21.2% in Portugal year-on-year (YOY). Spain too saw used car sales rise 13.7% in December (YoY) as did the UK with a 4.9% uplift (YoY).

The turnaround in fortunes for the used car market in December was driven by the popularity of the ‘typical’ franchise dealer used car stock of six-year-old cars and younger. This included a 172% rise in sales year-on-year for BEVs and a 111% increase in hybrid sales, while sales for petrol and diesel cars remained relatively flat YoY across Europe. Overall, this is a remarkable performance and shows just how resilient the used car market is.

Turkey and The Netherlands report December sales fall
Meanwhile, Turkey experienced the most significant reduction in used sales volumes for December, down 25.7% against the previous year. The Netherlands was the only other region to experience a decrease in sales during December with a 4.7% fall in sales (YoY) – the third consecutive month of decline following a 3.5% and 1.4% YoY fall in November and October.

“Whilst young used car sales were down two per cent in December year-on-year this is much lower than we have seen for most of the year which would indicate some manufacturers were supporting some tactical sales in the last month of 2020.”

Stock levels varied greatly in 2020
Year-end stock levels were on a par with the start of 2020 despite some vast regional fluctuations, most notably Turkey (+56.1%) and Poland (-16.2%), while average stock turn for all powertrains remained higher in December 2020 compared to the same month the previous year. Stock turn also remained strong for diesel and petrol vehicles than alternative powertrains.

Andy continued: “Some dealers are starting to take pricing action as Coronavirus is still with us. Dealers are having to rethink their operating model by carefully watching the market days’ supply (stock turn) for various ages and powertrains to avoid being stuck with aging and over-priced stock.”

To download the December Market Watch report, go to www.indicata.com/corona 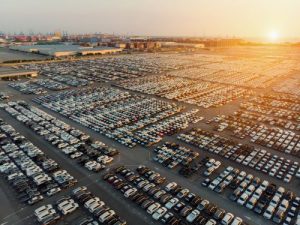 The business sold more cars than ever during 2020, a year which proved very challenging for the whole automotive industry and saw various restrictions across many regions with countries being ‘locked-down’ at times.

Business as usual at MarketPlace
“Once again the power of being an online native service provider has shown our strength, especially under these circumstances,” explained Morten Holmsten, Global Director of Autorola MarketPlace. “We have been able to run most of our operations as normal, no matter if we have worked from home or been able to go to the offices.”

During 2020 Autorola experienced that many fleet owners still required and wanted to sell vehicles. Likewise, many car dealers – despite being forced to close their physical showrooms – kept selling vehicles and therefore also had the need of purchasing new stock.

Growth in mobile buyers
The 12-month period also broke the record for most vehicles sold via mobile phones at auctions at 14% of total sales.

Morten said, “I believe the record mobile phone activity is a result of dealers not being at their office desks but still having a need of following and being active at auctions.

“It’s amazing to think that despite all the challenges 2020 posed, the automotive industry – on a global scale – proved its resilience and adapted to the newly required ways of operating.”

Dello Dürkop has become the first customer in Germany to start using our fully fledged Fleet Monitor service integrated to both B2B and B2C channels and is also launching our new product: The Digital Showroom.

Dello Dürkop is one of Germanys biggest dealer groups with dealerships primarily in the northern, middle and north-eastern parts of Germany with annual used car sales of over 20,000.

This move will help strengthen Dello Dürkop’s position in the industry maintaining its status as one of Germany’s biggest dealer groups.

“Fleet Monitor is now at the centre of Dello Dürkop’s digital landscape, so although the process in itself is fairly simple, the added value is enormous.” said Anders Færgemann Jensen, Head of Client Projects.

The original Press Release in german can be found here 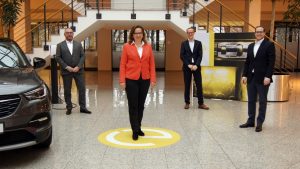