Germany and Austria are the first countries where car dealers have exited a total lockdown caused by Covid-19 pandemic. They are seeing the used car sector quickly recover as consumers begin to treat themselves to new wheels according to our latest free-to-download INDICATA Market Watch insights report.
Germany has seen its used market recover to 90% of its March run rate and Austria 80% after dealers started trading again on the 20 and 14 April respectively, with sports cars the biggest growth sector in both countries as consumers treat themselves post lockdown.
Countries that experienced partial lockdowns such as the Netherlands, Sweden and Denmark have also seen a return to 90%, 98% and 102% of pre-lockdown sales activity based on increased consumer activity and confidence. 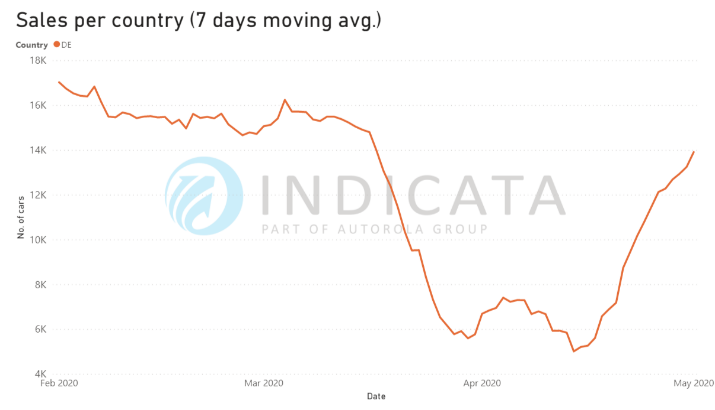 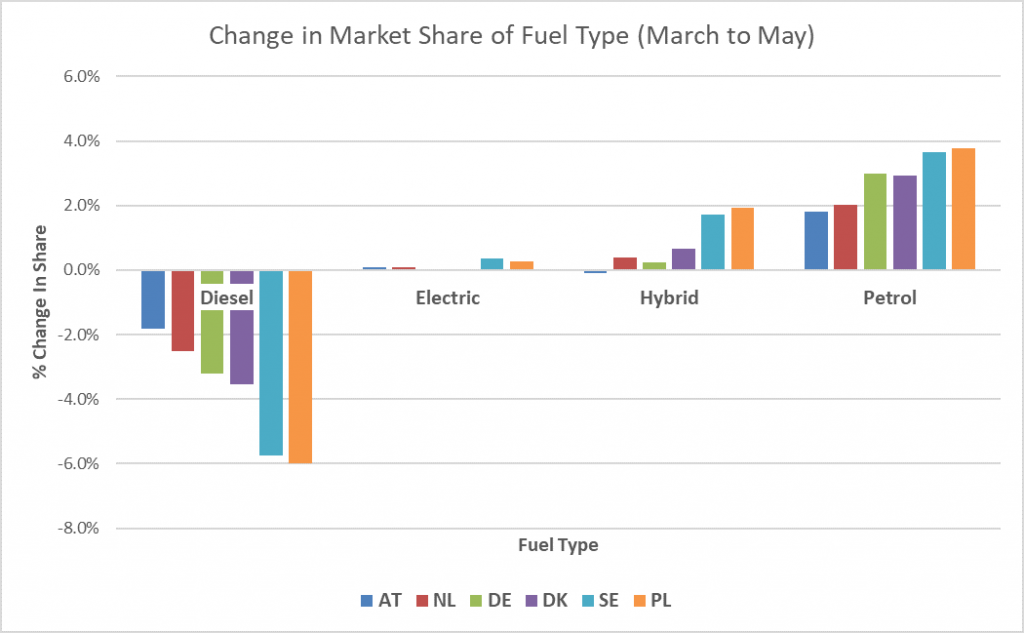 Sweden, Denmark and Netherlands used car demand grows
In previous INDICATA reports Sweden had been the most resilient country in Europe, with the lightest lockdown. It has moved from 80% of previous sales levels, to 98% on 1 May.
In April Denmark trading volumes had dropped to circa 60% of March, but with progressive easing measures in place, the market has reactivated and risen to 102%. In Netherlands, consumer confidence is also returning with sales recovering to 90% of early March trends.

No major used price movements so far
But despite the sales growth there are still no significant price movements to report across Europe, even in newly opened markets. Sweden, the country most openly trading during the pandemic has only seen prices fall by 4.4%.
INDICATA is also yet to see a movement in large lockdown markets of Italy, Spain, France and UK. In smaller countries such as Portugal and Poland, and to a smaller degree, Belgium dealers appear to be increasingly breaking lockdown rules and selling used cars as consumer demand rises.

Petrol grows in popularity across Europe
One noticeable trend is the growth in popularity of used petrol, hybrid and electric cars at the expense of diesel over the past two months. All six countries on their recovery phase have seen a growth in petrol used cars. In Germany the swing from petrol to diesel was 6.2% and in Poland 9.8%. Sweden meanwhile has experienced a 30%+ growth in hybrid and electric volumes versus a 2% reduction in sales across its entire market.

INDICATA’s business unit director Andy Shields is keen to issue a word of caution for markets yet to exit lockdown.
“The trends we have seen in Germany and Austria are very positive but may not transfer to other markets based on a number of factors. They are both affluent countries with resilient economies and deep financial reserves.
“They have also experienced fewer infections and deaths which impact less on the consumer’s mindset, plus generally their lockdowns were shorter and shallower than other countries. Germany has a resilient economy as it proved during the 2009 recession where the used car market only fell by 5%. How large used car countries like the UK, France, Spain and Italy will bounce back is still too early to tell,” he said.
To download a free copy of Market Watch 4, go to http://www.indicata.com/corona